From EL GRITO to the SALTON SEA…

18 Sep From EL GRITO to the SALTON SEA…

The week started on Sunday with a blazing afternoon at El Grito, the annual music/culture/community festival in Coachella’s Rancho Las Flores Park.  I arrived at 3:30 under 110 degree sun with about 1500 people in attendance, at 5:30 I was toast, and there were about 3000 people, final estimates were in the vicinity of 15,000 people. 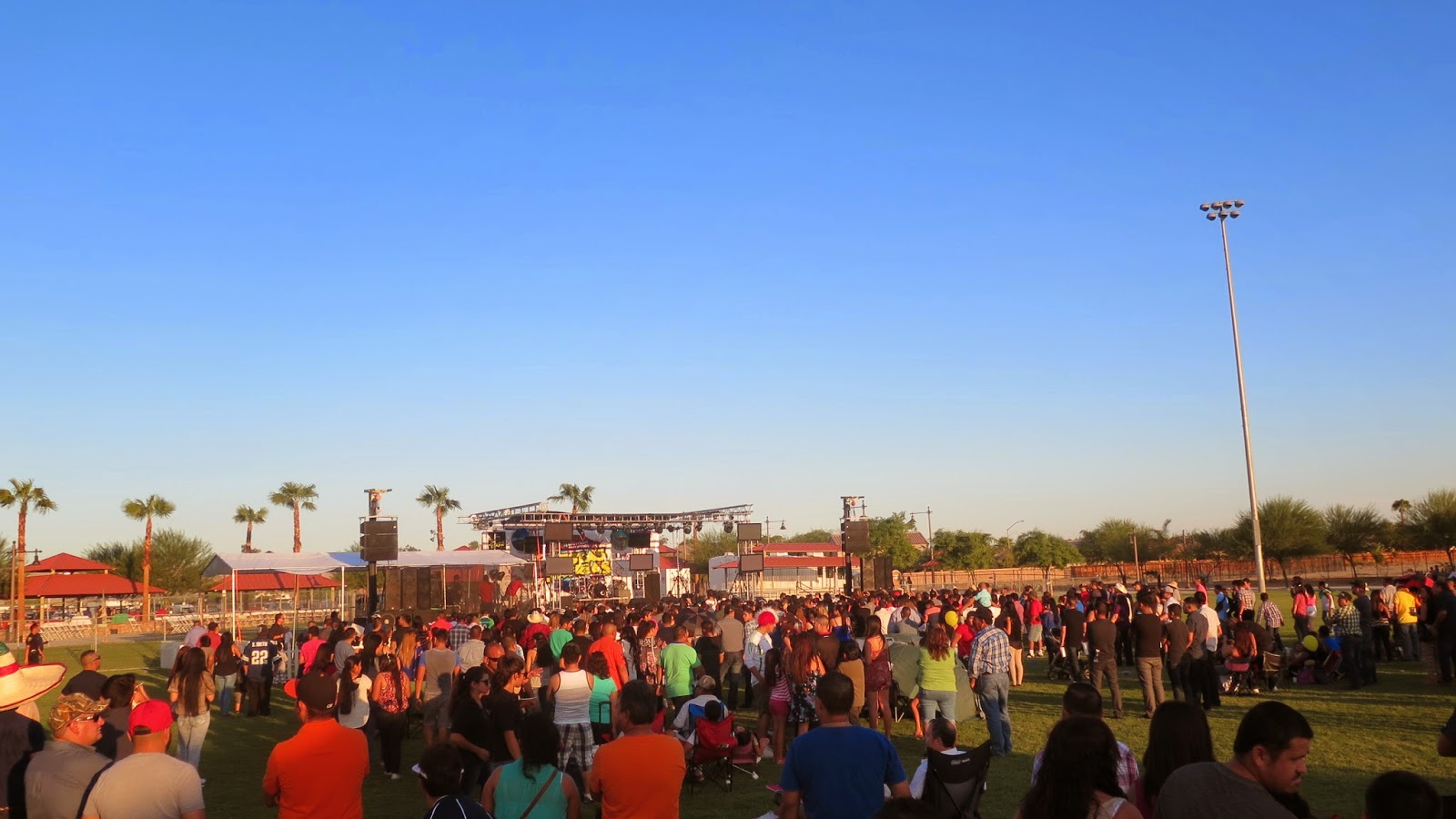 Music, food, ceremony, family, and lots of booths from social service agencies were in full display.  I saw Jocelyn Vargas and some of the kids from RAICES who were showing the skulls they’ve been working on and were busy painting faces. 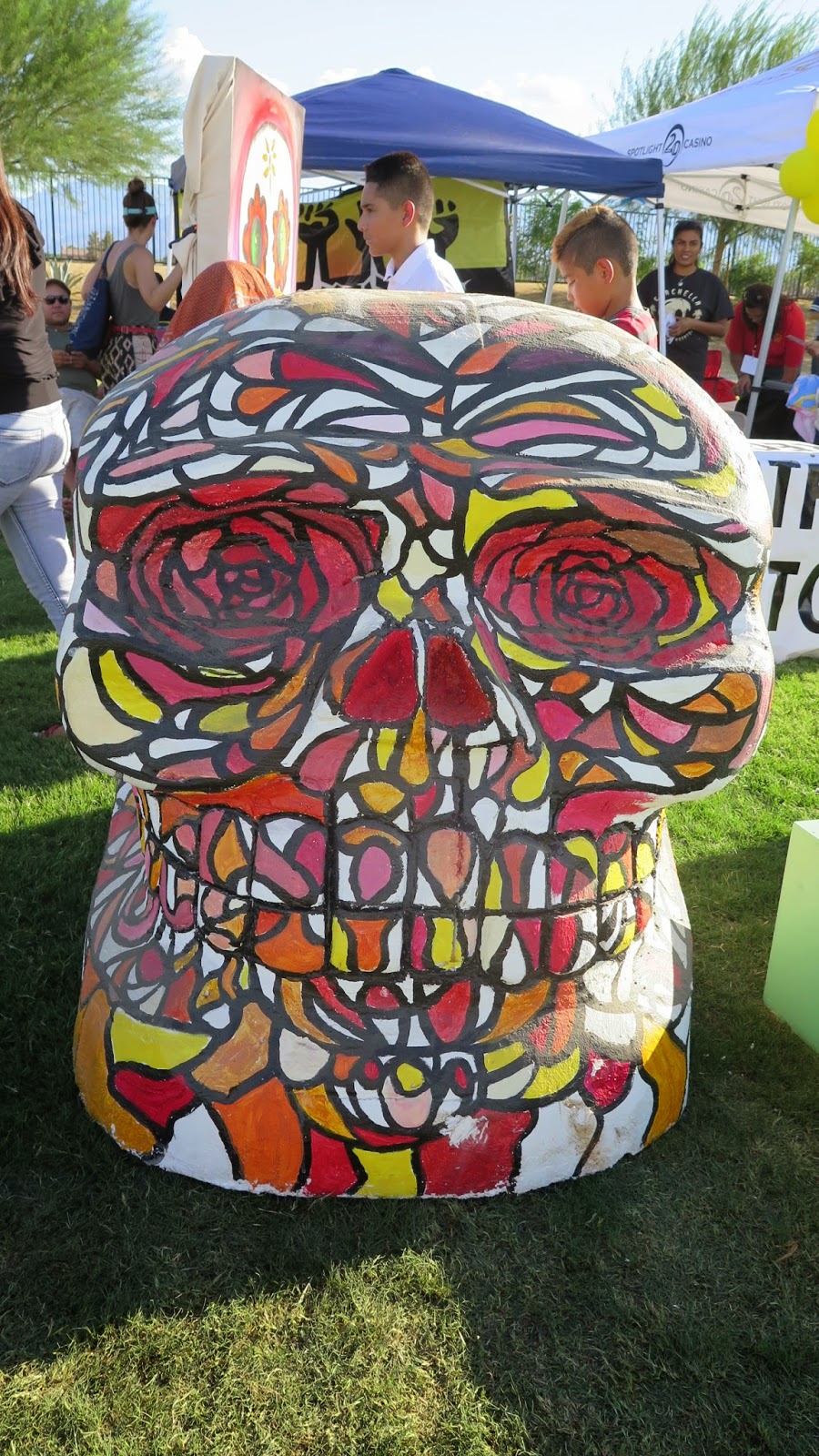 I  made contact with folks from Find Food Bank, the CV Link Project that will create a pathway for cyclists, pedestrians, and low-speed electric vehicles from Palm Springs to Mecca, and Tizoc Deaztlan who produces Run With Los Muertos, a 5K race on November 1st in Coachella.
You can read more here: El Grito article from The Desert Sun
September 16th – THE SALTON SEA 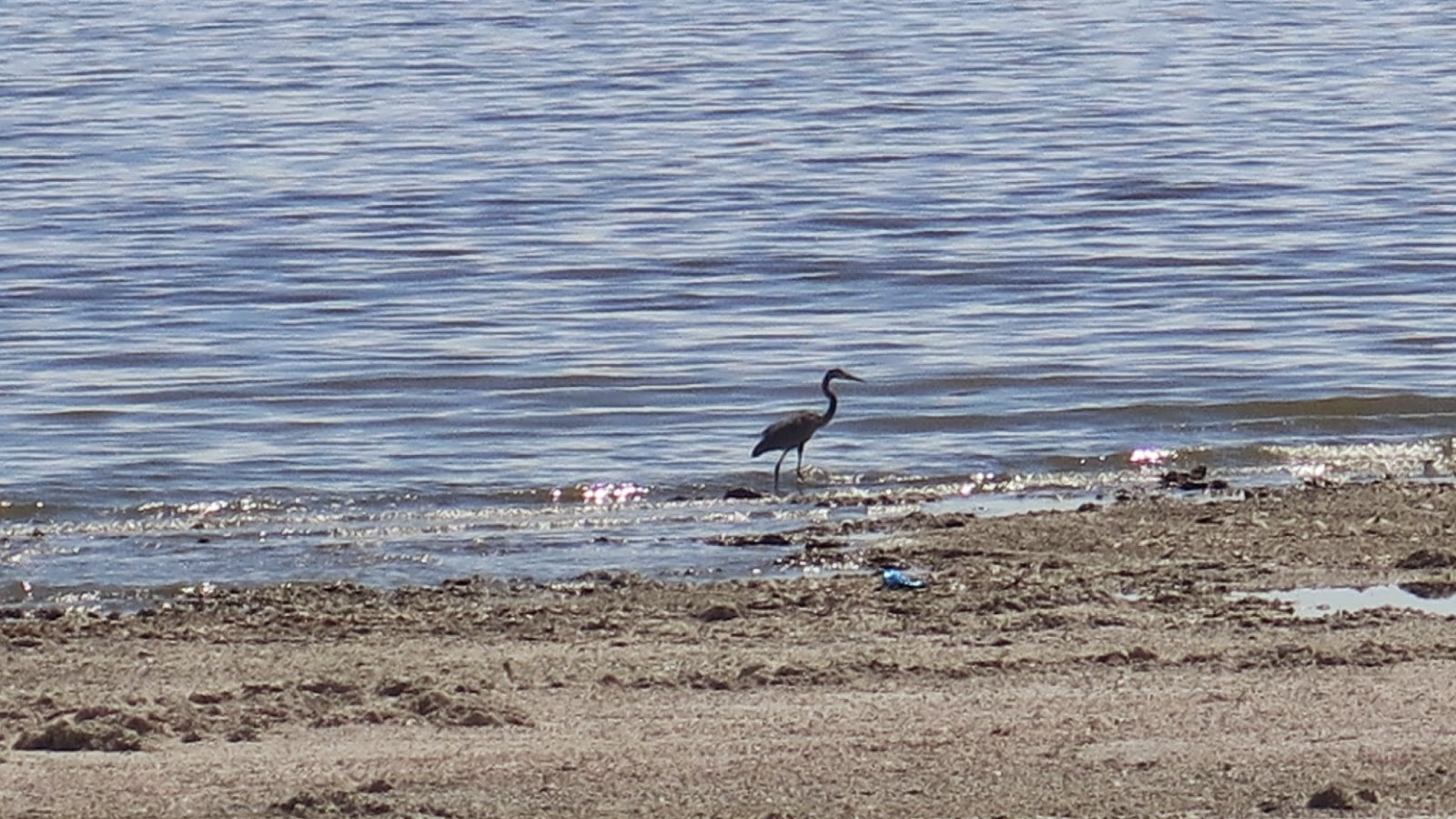 Once you are on Hwy 86 heading south out of Coachella things start to change – the sky opens, the fields widen, the mountains tumble down.  There is a distinct feeling of heading toward a mystery, not foreboding, but strangely compelling, like a seductive whisper, like a faint siren’s song.  And then the sky falls to the ground and there is blue as far as the horizon…welcome to the Salton Sea – equal parts marvel, mystery, and tragedy.  I followed the turns on my GPS down open sandy roads, past scattered houses, “Lots for Sale” signs, and the streak of the water beneath the blazing September heat.  I made a quick right and pulled up to the house of Imari Nuyen-Kariotis and John Kariotis, two dedicated residents of Salton City who graciously offered to show me around. 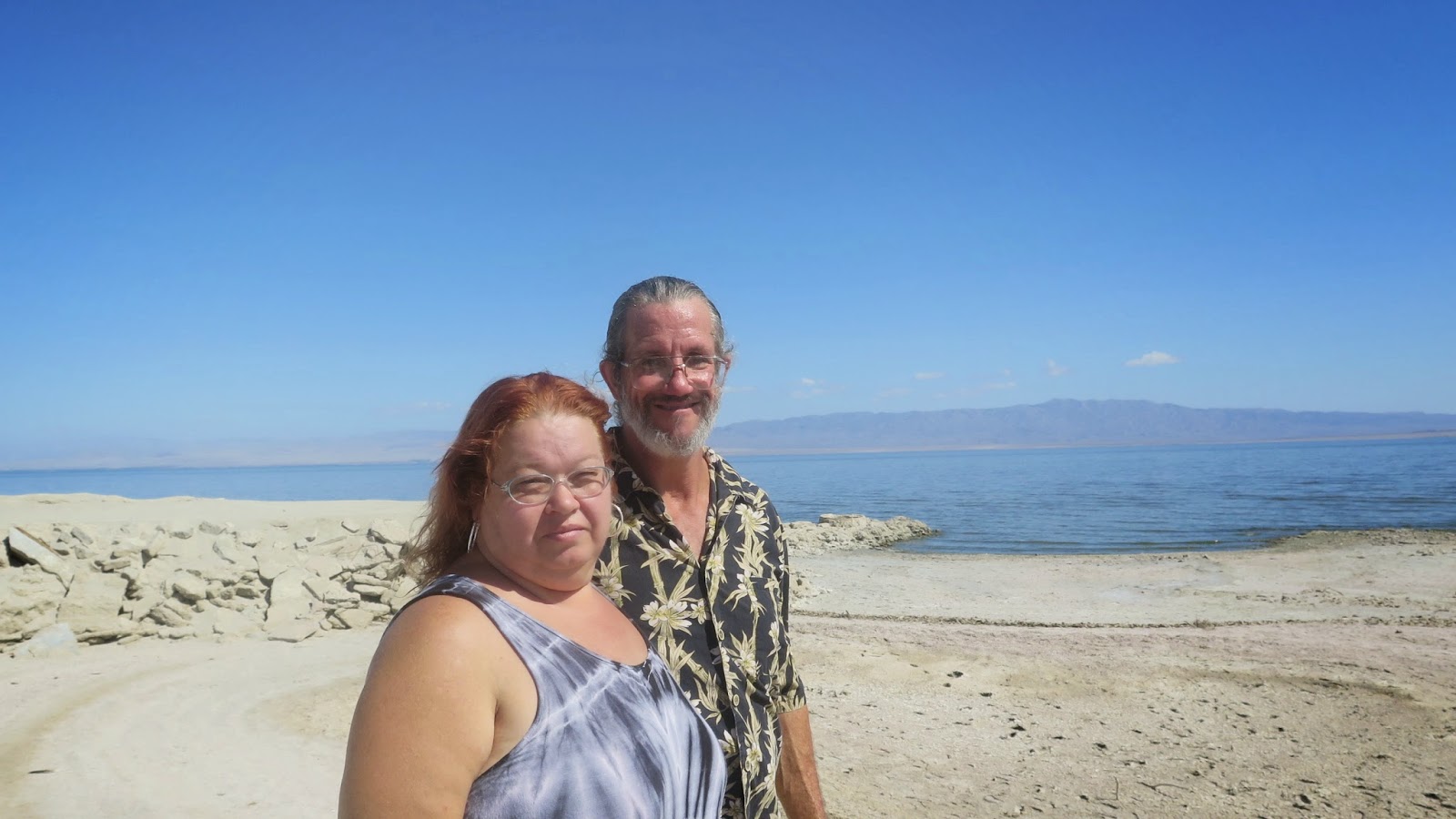 These folks are the core group of resident-activists who volunteer tirelessly to keep the issues of the  Salton Sea alive.  It’s a tough road, at times bumpy, at times barren, but they keep on keepin’ on because they live there and know the beauty, and the dangers of the place.  I learned that the health and environmental issues of the Salton Sea effect the entire Coachella Valley.  These issues go well beyond the occasional unpleasant smell that catches the fleeting attention of CV residents  and media, reaching up to serious health concerns due to high levels of toxins that get airborne and spread throughout the area.
Here’s their mission statement:
“We don’t believe in just putting on event. We believe in cultivating meaningful relationships with our neighbors that last – on our streets, in our towns, beaches and throughout our beautiful Salton Sea Region!” – We love the SALTON SEA region! Come join us!

We had a rich conversation at the shore of the sea, and then over huevos rancheros at The Alamo Restaurant we brainstormed about how their desire and passion could be parlayed into greater community awareness and involvement.  They started a public art project a while back and we talked about how to advance the idea with a crowd-sourcing campaign (like Indigogo, or Kickstarter) and made a plan to do some more collaborating in the coming weeks.
See more at their FACEBOOK page 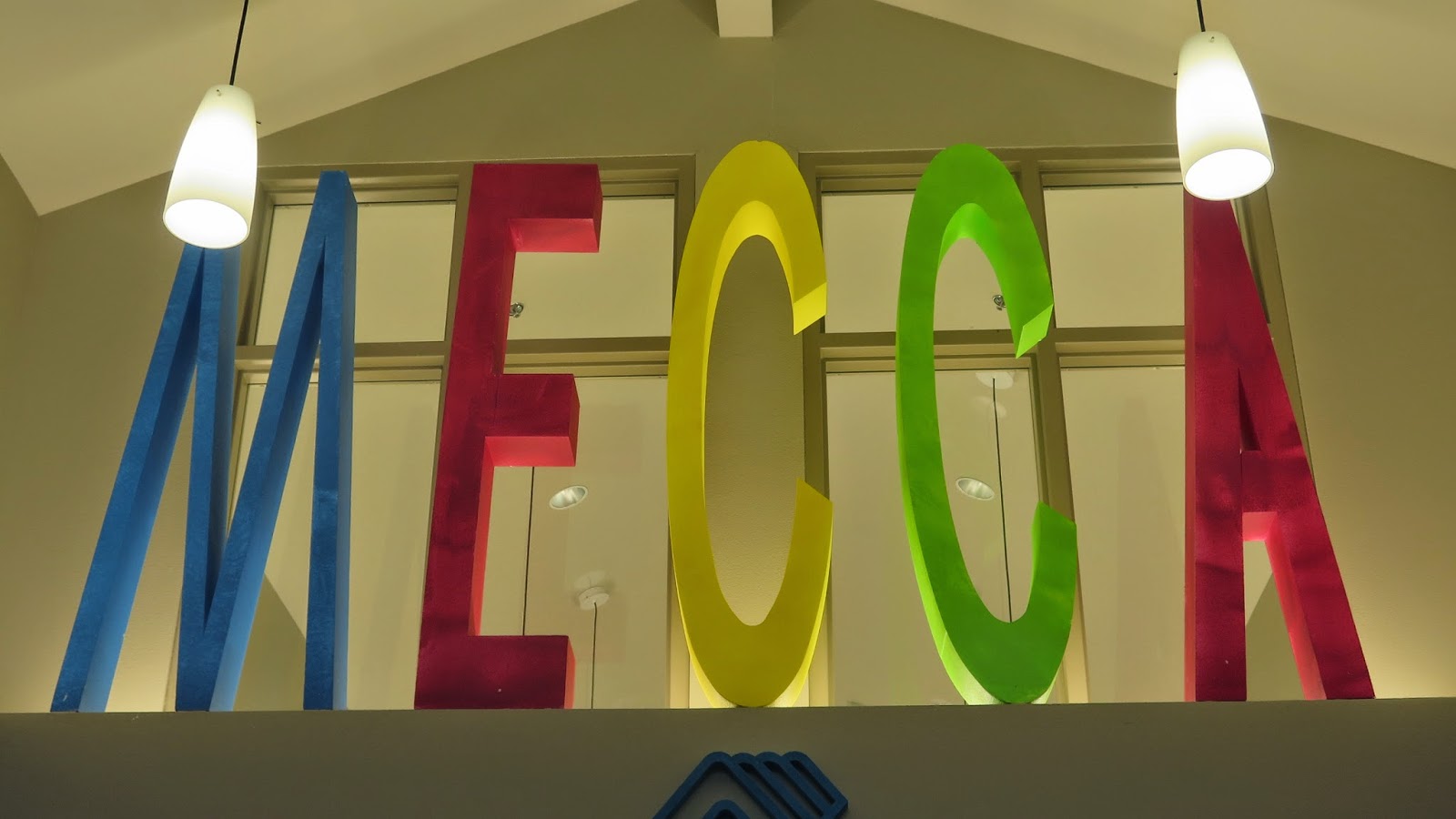 COLLEGE OF THE DESERT – MECCA CAMPUS 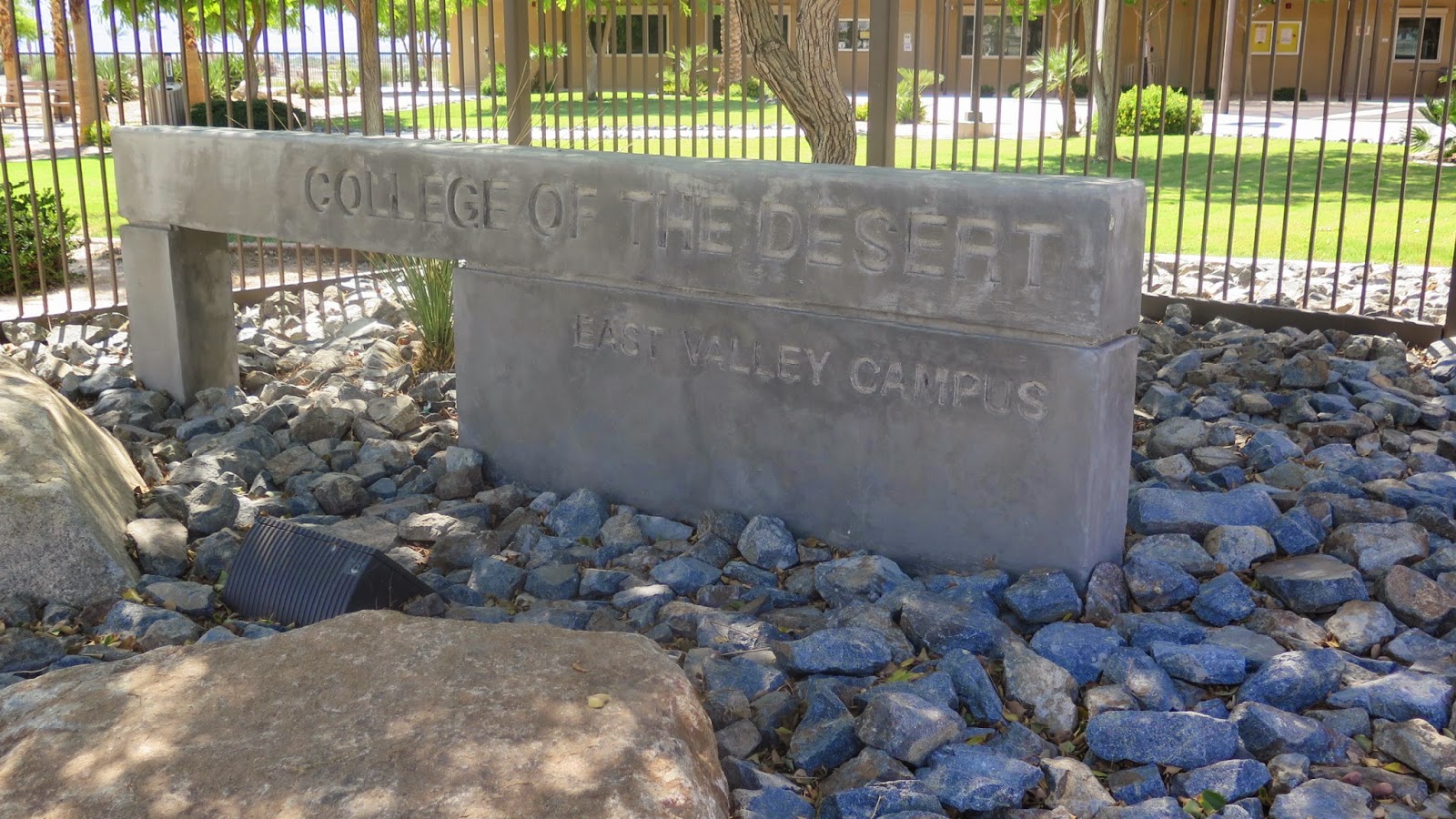 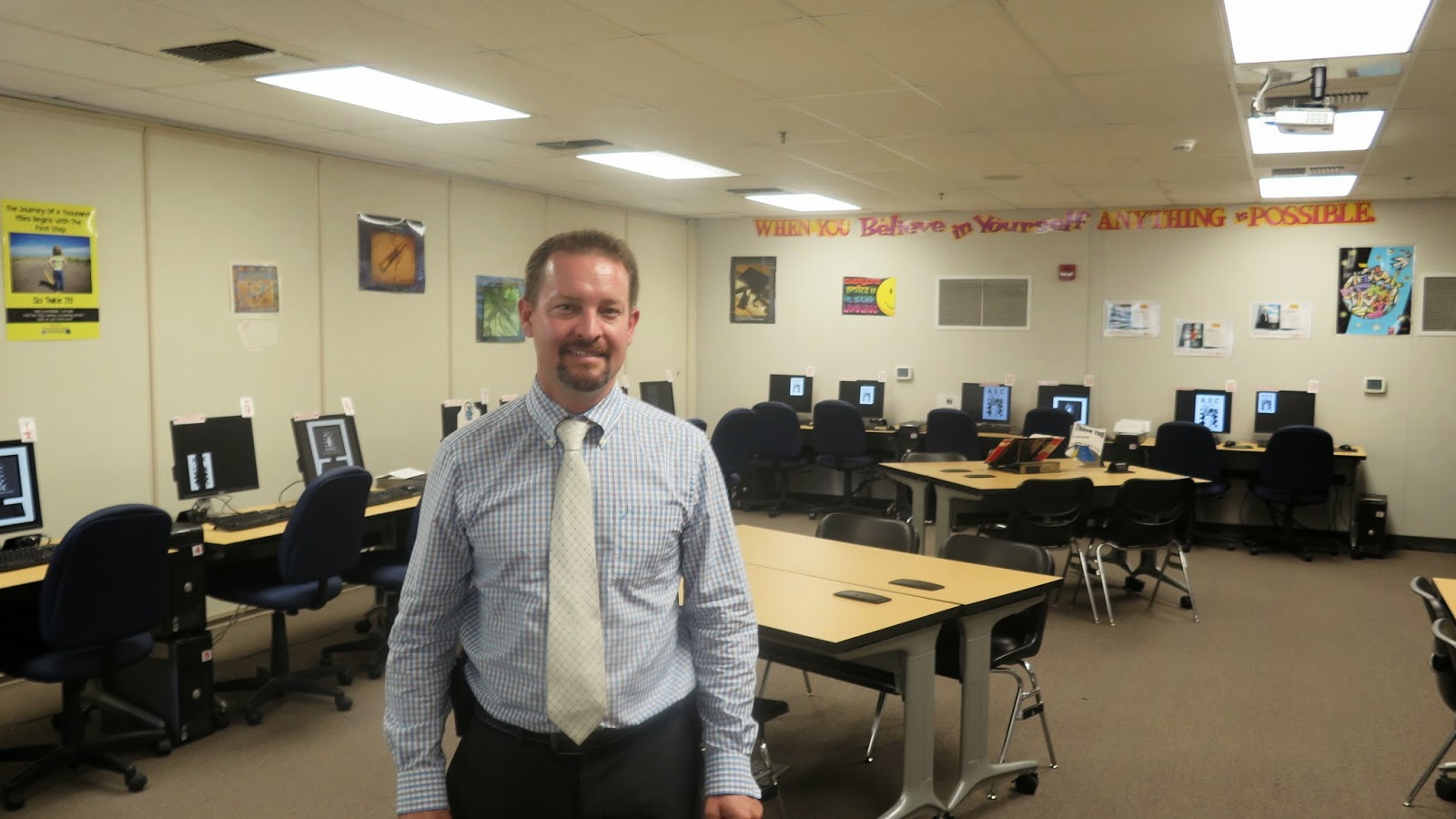 Scott Cooper – the unstoppable, affable, and very capable Director of Educational Center at College of the Desert, showed me around the Mecca campus.

College of the Desert walks the walk of community empowerment by building facilities that make it much easier for Coachella Valley students to get started on their college education. 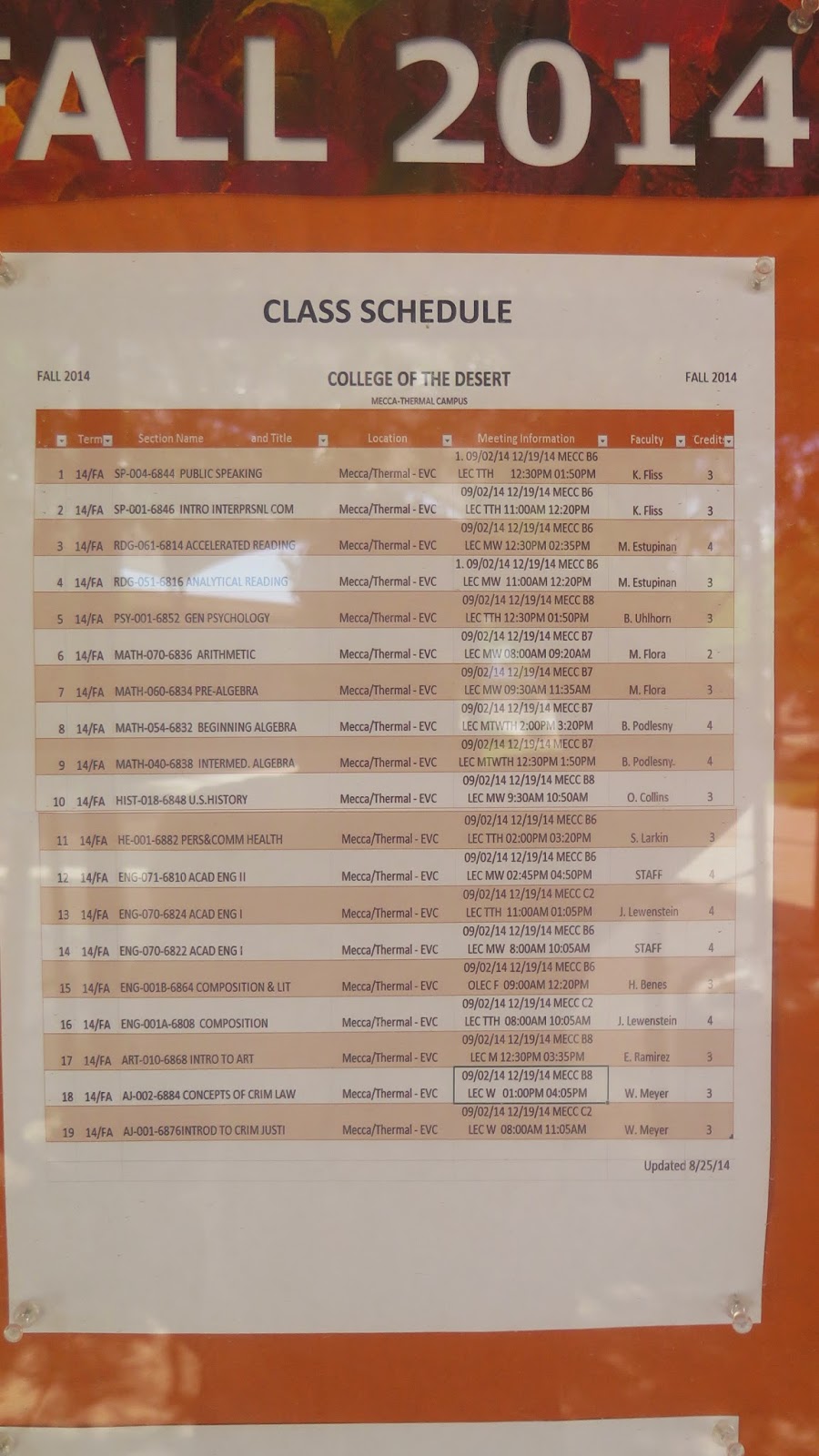 The Mecca Campus, built with a gorgeous view of the mountains and within a short bus ride or drive from town, offers the basics taught by an excellent staff, and supported by educational counselors and an administrative staff that helps young adults succeed.
Scott next drove me past the date and grape fields to the new facilities in downtown Mecca. 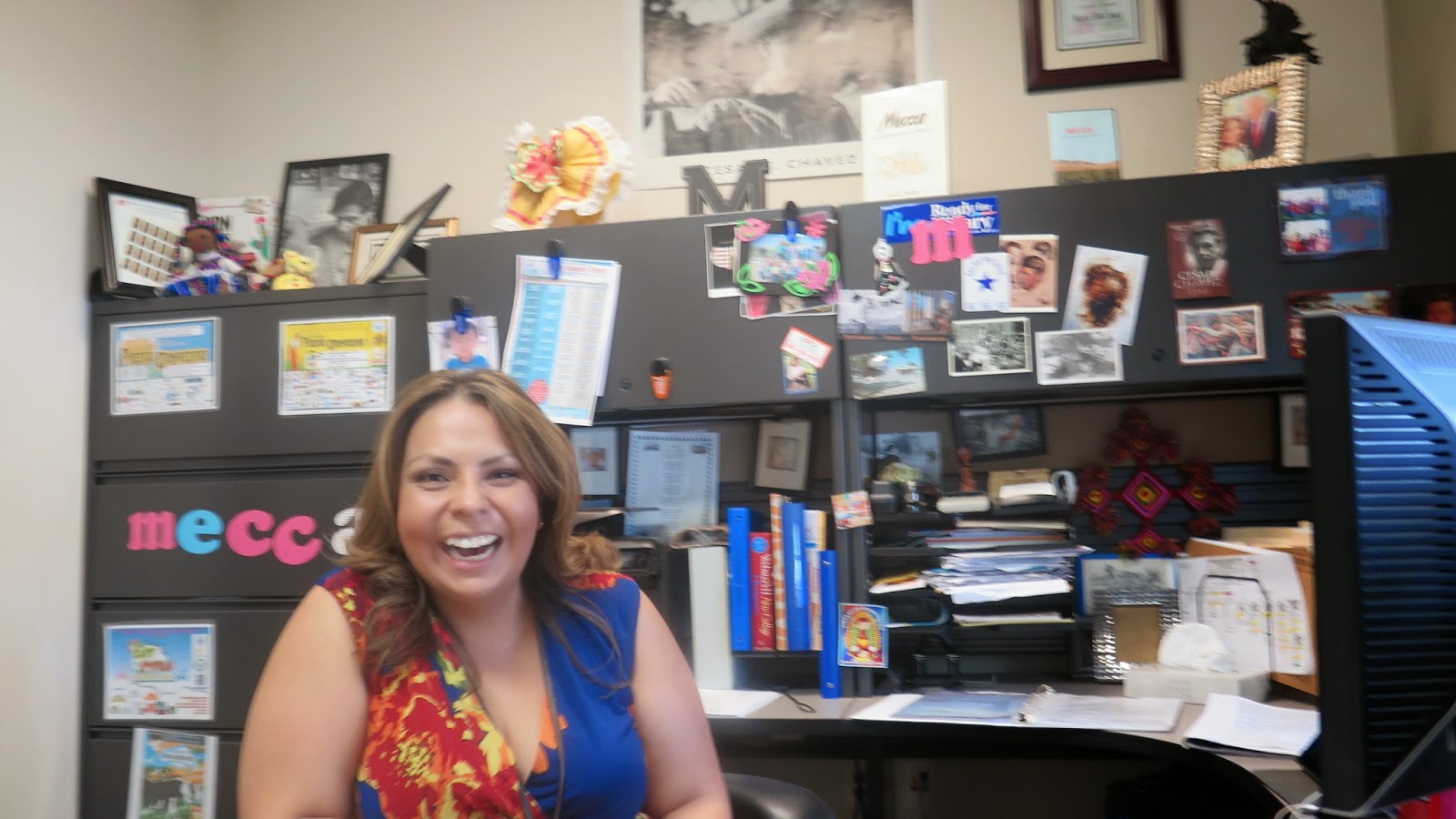 Meet Maria Machuca, Coordinator of the Mecca Family & Farmworker’s Service Center.  Don’t let the radiant smile fool you, this woman is a ninja who defends the human rights of her constituents with grace, love, and fierce determination.  Among the services she coordinates are: The Dept of Social Services, Coachella Valley Adult School, Unemployment Services, Clinicas de Salud Promotoras, Riverside Office of Education, WIC, medical and dental clinics, a pharmacy, and many more. 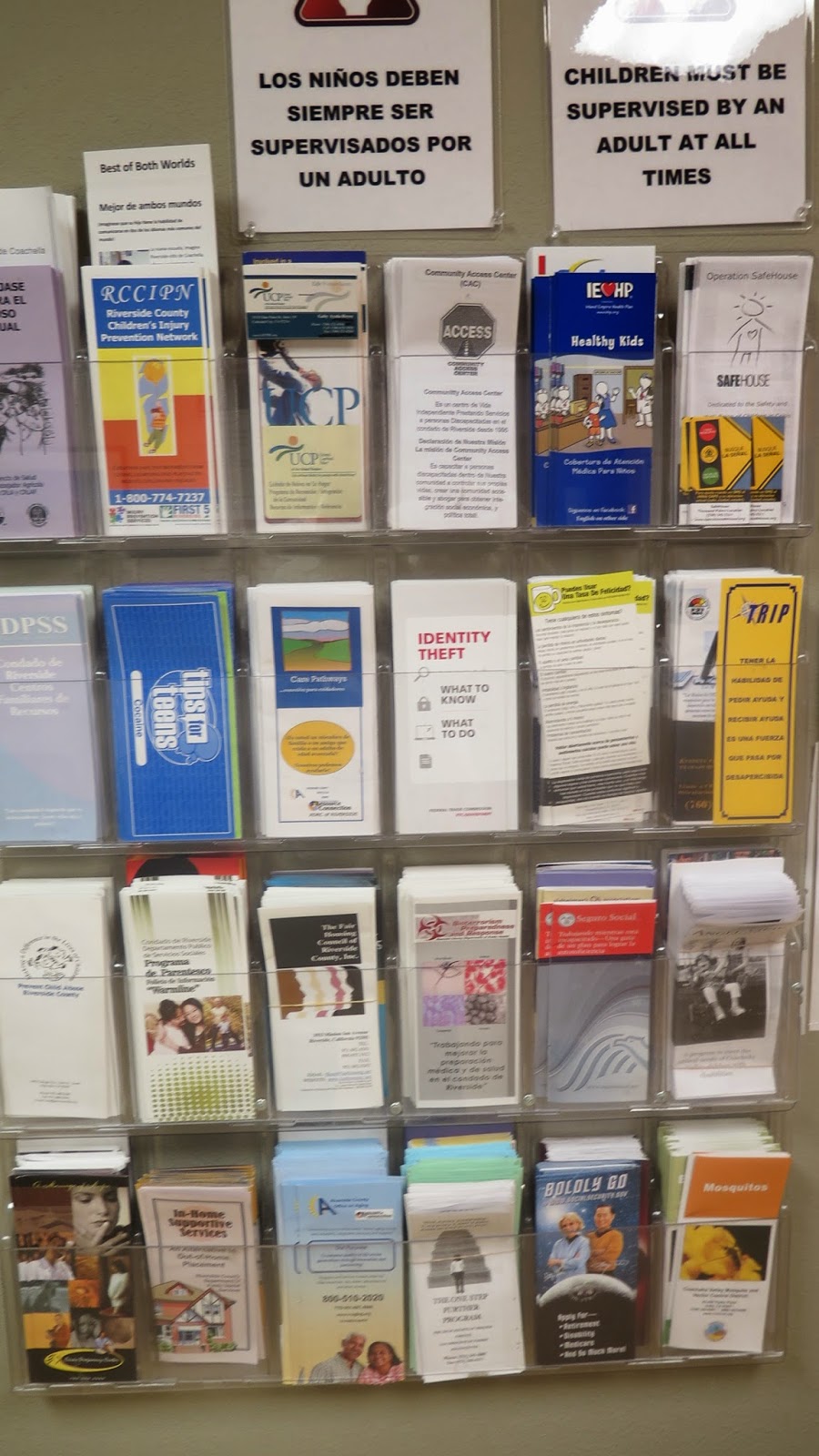 She and her staff are some of the biggest hearts of the community.   Maria and her cohorts care because the know, and they know because many of them were born and raised right here. 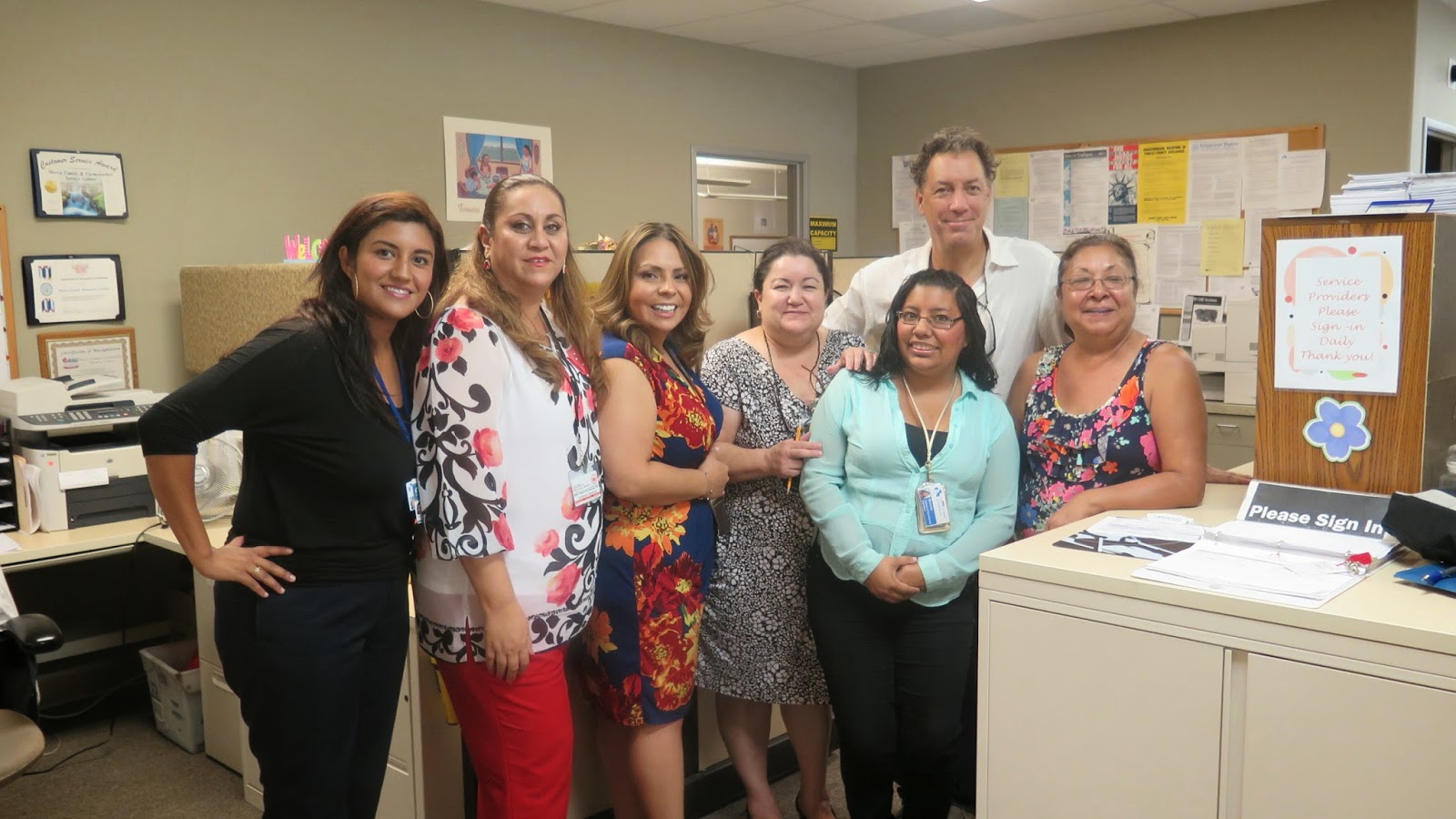 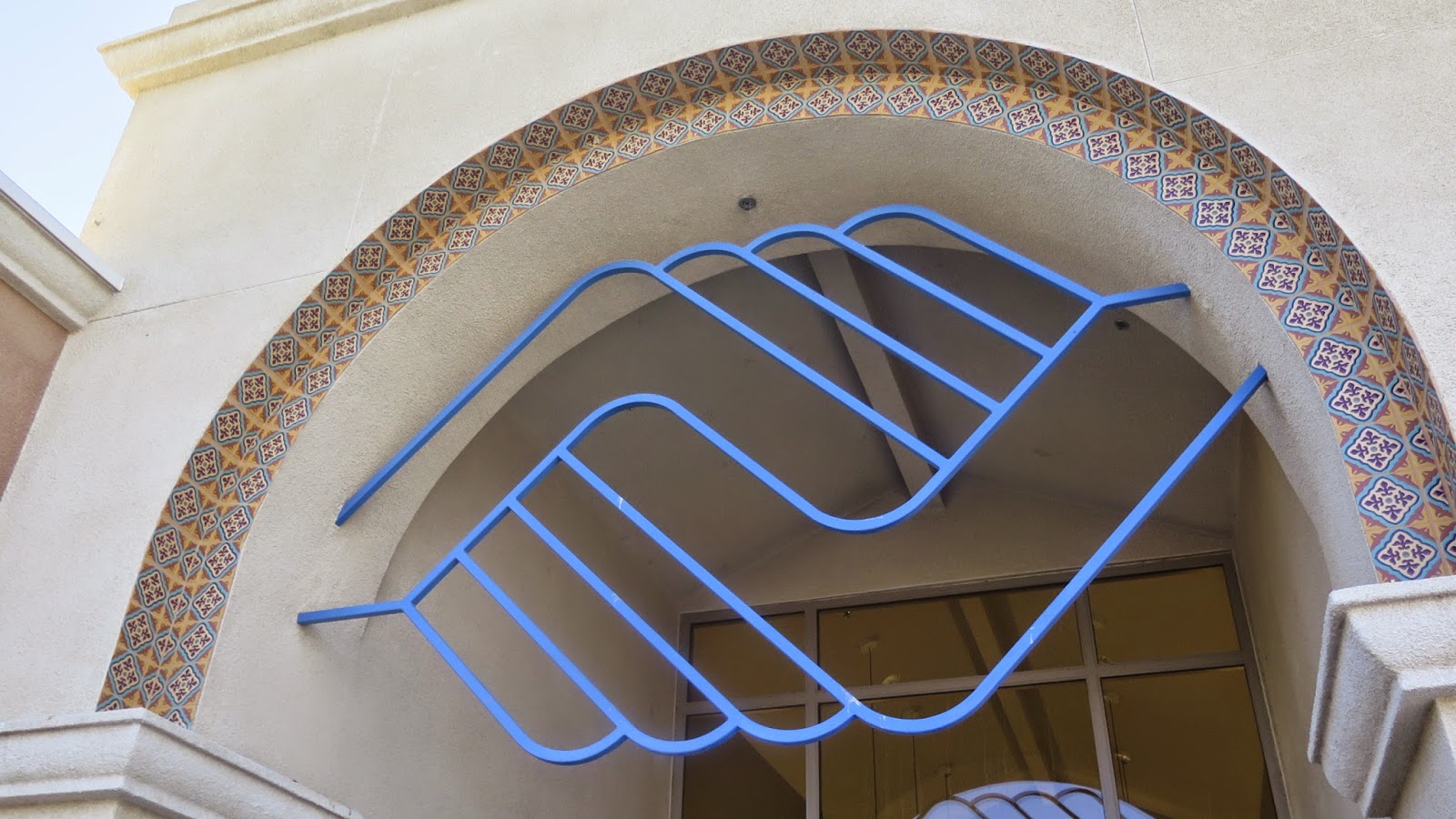 These interlocking hands of the Boys and Girls Club logo that span the doorway say it loud and clear: this is a place of support, friendship, and respect.
Scott introduced me to Ray Almador, Unit Director, and Alma Silva, Youth Development Specialist, of the mind-blowing Mecca clubhouse.  You never know what is behind a door, and this was a HUGE surprise…room after room filled with happy kids engaged in basketball, football, billiards, computer games, boxing (a separate gym, with a full ring!) arts and crafts…you name it.  Unfortunately my camera battery died, but there will be more images soon because I will definitely get back there ASAP.

Check it all out HERE. 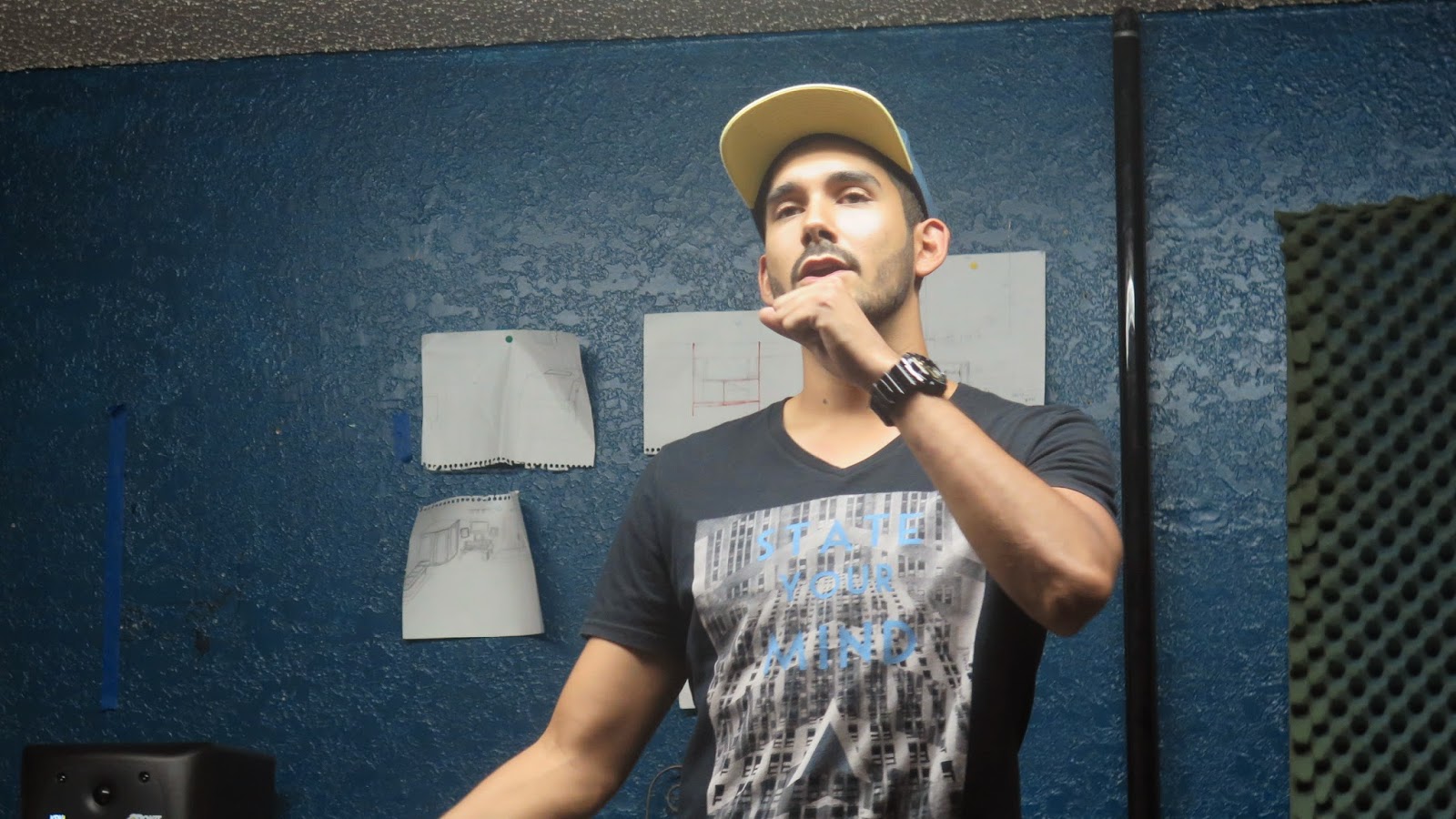 Meet Mario “GIANT” Garcia, a spoken-word artist that I originally met at the CULTURAS meeting last week in Coachella.

Giant is a finalist at the Tilted Kilt Summer Open Mic competition.  When I heard him spit at Rancho Tenochitlan he was really good…and, I thought that maybe I could help his performance style a wee bit.  We had a hard-hitting session, and he was open to all I had to offer.  I’ll tell you the result in the next blog…the finals are TONIGHT AT 8PM!

Also at the studio was Ricardo Rendon-Santiago, aka AZ, the producer/entrepreneur/wunderkind behind the HUMBLE GODZ STUDIOS.  We had a long talk about his vision to create a local label that would produce music and cultural events that support local artists AND local community projects.  Seriously cool young man with a seriously cool mission…definitely more to come.

See more HERE
and HERE TOO

Whew…that’s IT, till there’s more, soon…